Is the female orgasm necessary for conception?

What is multi-layered, creates controversy, and more often than not is the hot topic of conversation and discussion? You’ve guessed it; it’s the female orgasm.

Women experience orgasm in different ways and with different intensity. It is often unfairly claimed that women climax with more difficulty than men. Truth be told, women can count themselves blessed because the clitoris is an organ that is there for one reason and one reason only. And that would be the sensation of pleasure.

During a man’s orgasm, sperm is ejaculated. But what about a female orgasm? Is it also necessary for successful conception?

For centuries there has been a heated discussion about the functionalities of the orgasm of a woman. Over the course of time, the rumour developed that a woman must experience an orgasm as part of vaginal intercourse in order to conceive successfully. This assumption is and remains a rumour since fertilisation of the ovum occurs even if the woman does not have an orgasm during unprotected sexual intercourse. So it is not a necessity, even though it is a big part in a woman’s experience of sexual pleasure.

The result of a woman reaching her climax, are rhythmic contractions of the muscles in the genital area. This also includes those in the uterus. The orgasm can last up to 50 seconds. Since women, unlike men, do not need recovery time, several orgasms in a row can be achieved with further stimulation. These muscle contractions in the vagina and uterus led to the assumption that the woman’s orgasm would make it easier for sperm to get inside the uterus and thus increase the chances of successful fertilisation. However, significant studies showing a connection between female orgasm and pregnancy are yet to be conducted.

breathe ilo helps you to learn where you are in your cycle. That way, you can get to know your body better and understand your unique cycle ♡

29. April 2019
Once you are pregnant, there are more and more questions about what you should do or what is still harmless. The same goes for the question “Can I continue to dye my hair during pregnancy?” Till now, there have been no studies to show that dyeing hair has a negative effect on embryos. The chemicals... Continue reading

Do tampons have an effect on fertility?

29. November 2018
It’s one of those things about monthly hygiene and especially tampons. The perfect solution for everyone does not (yet) seem to exist. Every product has its advantages and disadvantages.   Pads, for example, can itch and lead to unpleasant sweating moments in the underpants, especially in midsummer. The advantage, however, is that they are used... Continue reading

Can yams help with boosting fertility?

29. November 2018
Eating yams for twins? No myth is so absurd that one could not gain a little truth from it as well. With this one you not only grab your head in riddles, you might also get hungry: The consumption of yams should lead to the conception of twins. Can that really be? Or is it... Continue reading

Does the moon influence the female cycle?

29. November 2018
Full moon, low tide and then blood? The fact that the lengths of the menstrual cycle and the lunar cycle are so similar has been a reason for assuming greater importance for centuries and in many cultures.   What history has to say about it   The words “menstruation” and “menses” are also derived from... Continue reading 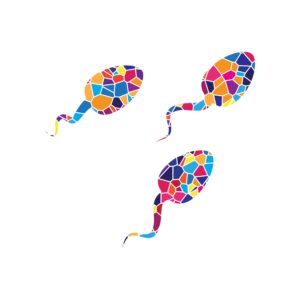 29. November 2018
Can sperm do more than assumed? Can it actually boost a woman’s fertility?   Male sperm consists mainly of water. Different hormones and proteins are only contained in traces, not in large quantities, as many mistakenly assume. Perhaps the myth that the consumption of sperm would lead to an increase in fertility of a woman... Continue reading