What does it mean if the pregnancy test shows a correct positive result, but the ultrasound examination cannot confirm the pregnancy? Well, this is called a biochemical pregnancy.

A biochemical pregnancy means that it is a pregnancy that stops growing and resolves before it becomes large enough to see it in an ultrasound examination. Not long after fertilization and implantation, the pregnancy stops developing – usually due to a severe chromosomal abnormality within the pregnancy. The term“biochemical” means that the only evidence that the pregnancy existed was the positive pregnancy test itself.

So, sometimes it can happen that even though the result of a pregnancy test was a real positive, it is not possible to confirm the pregnancy by ultrasound. This is referred to as a biochemical or chemical pregnancy and means that although the fertilised egg has been embedded and the placenta has formed, which has led to the positive detection of hCG (human chorionic gonadotropin), the development of the embryo has not continued and the previously embedded egg has detached itself from the uterine wall. Biochemical pregnancies are the earliest form of miscarriage.

The vast majority of miscarriages are happening due to one or more chromosomal abnormalities. This may be the case when an abnormal egg is fertilized by a “normal” sperm, when an abnormal sperm fertilizes a “normal” egg. It may also occur when a mistake happens during cell division following normal fertilization. This typically results in embryos that do not have the normal number of 46 chromosomes. Embryos that do not have this number of chromosomes almost always miscarry spontaneously.

In the case of such a biochemical pregnancy, a pregnancy can be detected early by biochemical analytical testing, but ultrasound cannot detect it at a later stage.

Check out one of our other articles here.

The inconsistencies of the fem...

29. November 2018
Unfortunately, it is not possible to predict when a wish to have a child will really come true. With some it happens the first time, others wait months to years. On average, it takes eight months for fertile couples with an active desire to have children to fall pregnant. However, average values do not say... Continue reading

Is it possible to measure the moment of ovulation?

29. November 2018
The time of ovulation is the most fertile time in a woman’s cycle. If you are in the middle of planning for a child, you would naturally like to make effective use of the scarce time available in everyday life and not miss a single opportunity. The fertility window exists only once per cycle and... Continue reading

Quit smoking for your fertility!

29. November 2018
The movies have lived it: after a hot affair, the cigarettes are lasciviously lit. Between blanket and pillows, smoke circles pile up and the lady and gentleman relax in the smoke of cigarettes. What Hollywood likes to label as romance and passion is an absolute no-no in the real world and it also negatively affects... Continue reading 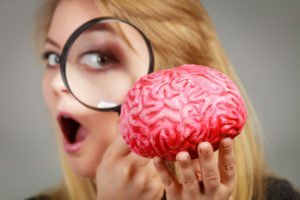 Libido – It’s all about love

29. November 2018
Let’s talk about the libido. Pretty much everything, from the perception of reality to our dreams, takes place in our brain. The more we learn about the human brain, the more we know that we hardly know anything.  It is probably the most complex organ known to us. It’s the origin of cognitive and neuronal... Continue reading

Take some time off and say no to stress!

29. November 2018
You’re probably aware of the fact, that physical and psychological stress can influence our hormones and are a strain on the mind and organism in the long run. Even if it may sound impossible in our stress society at first, try to bring calm and serenity into your everyday life and actively avoid stress. Mediation... Continue reading